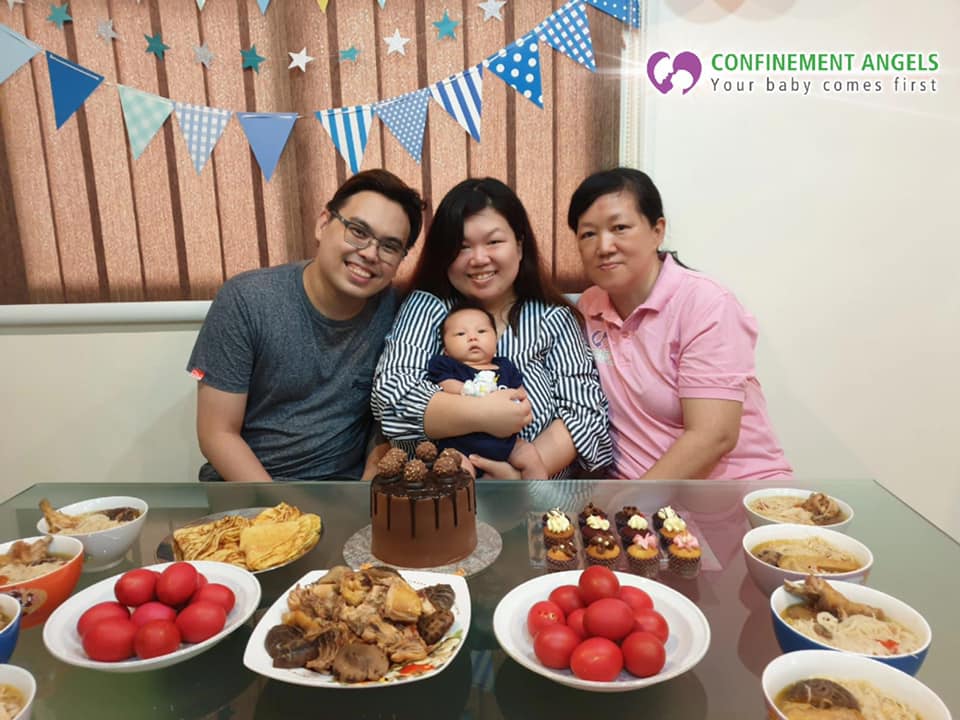 Confinement helps mothers to recuperate from pregnancy, labour and childbirth. Although traditionally Asian, it is now widely practiced in various countries and cultures. The duration and beliefs also vary accordingly, and have evolved over the years. Here are seven areas where modern confinement may differ from traditional confinement.

Traditional confinement relies heavily on the use of rice wine to dispel cold and warm up the mother’s postpartum body. Thanks to its ability to improve blood circulation and add flavour to food, rice wine has always been one of the most important ingredients in confinement meals.

While its benefits cannot be ignored, we recommend consuming rice wine in moderate amounts, as whatever you eat has an impact on your baby too if you are breastfeeding. Food with rice wine will contain small amounts of alcohol even after being cooked, so make sure to wait an hour after the meal before breastfeeding your baby.

Traditionally, the use of ginger in confinement is intended to help mothers expel cold wind from their bodies and boost their immunity after they are weakened by childbirth. Nevertheless, it is wise not to overuse ginger. An excessive use of ginger will result in adverse effects such as fever and bowel difficulties as well as interfere with a baby’s ability to fight jaundice.

For instance, 1 – 2 small pieces of ginger is all you need for a stir-fry dish. 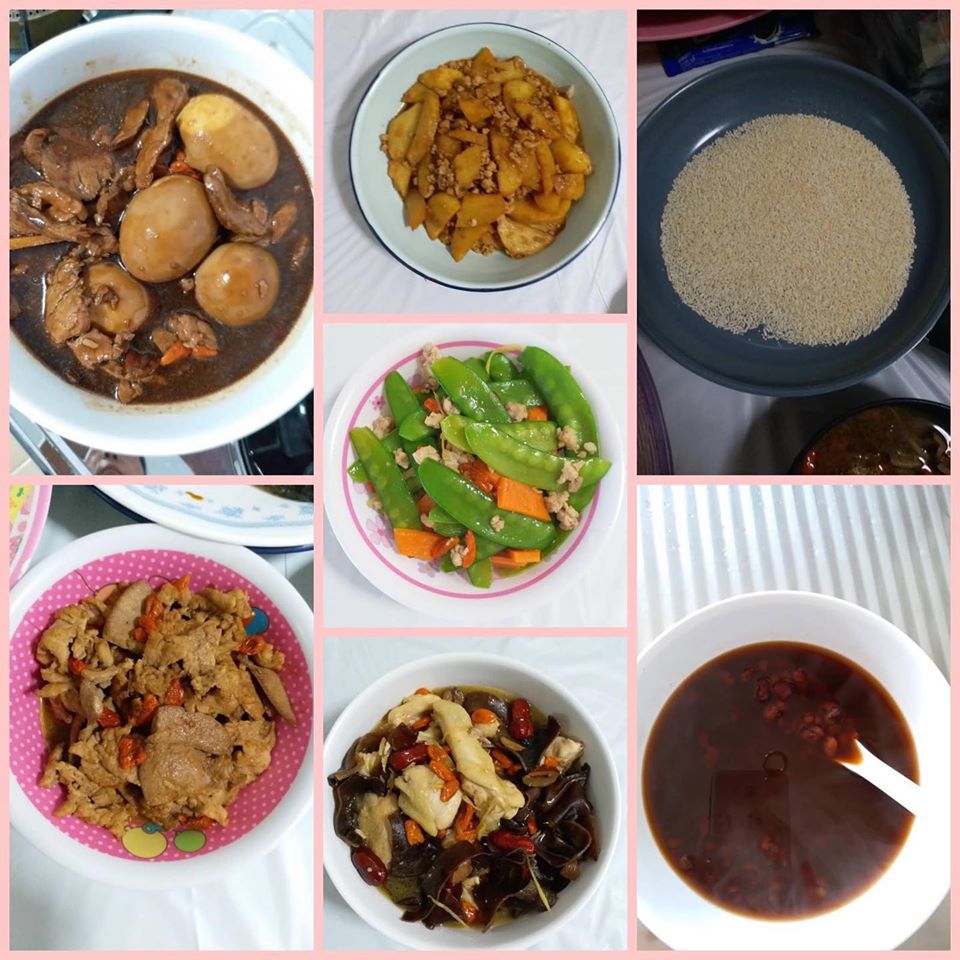 Sesame oil is a favourite go-to when preparing stir-fry and pan-fry dishes such as vegetables and chicken. Its popularity in confinement meals can be attributed to how it helps shrink the uterus and relax bowels.

But do you know that cooking sesame oil will cause its nutrients and minerals to dissipate? Make sure it doesn’t stay on your stove for too long. One suggestion would be to add sesame oil into your wok or pan just before you scoop out your dish.

4. No vegetables, no salt and no garlic?

Eating well equals a healthy body and healthy mind. Being able to prepare suitable confinement meals that cater to the postpartum body is the best proof of a successful nanny. This is why our nannies use an appropriate amount of salt and garlic in their cooking despite traditional beliefs restricting them. They will also whip up appropriate vegetables to ensure a confinement diet that is high in iron, fibre and nutrition for mummies. 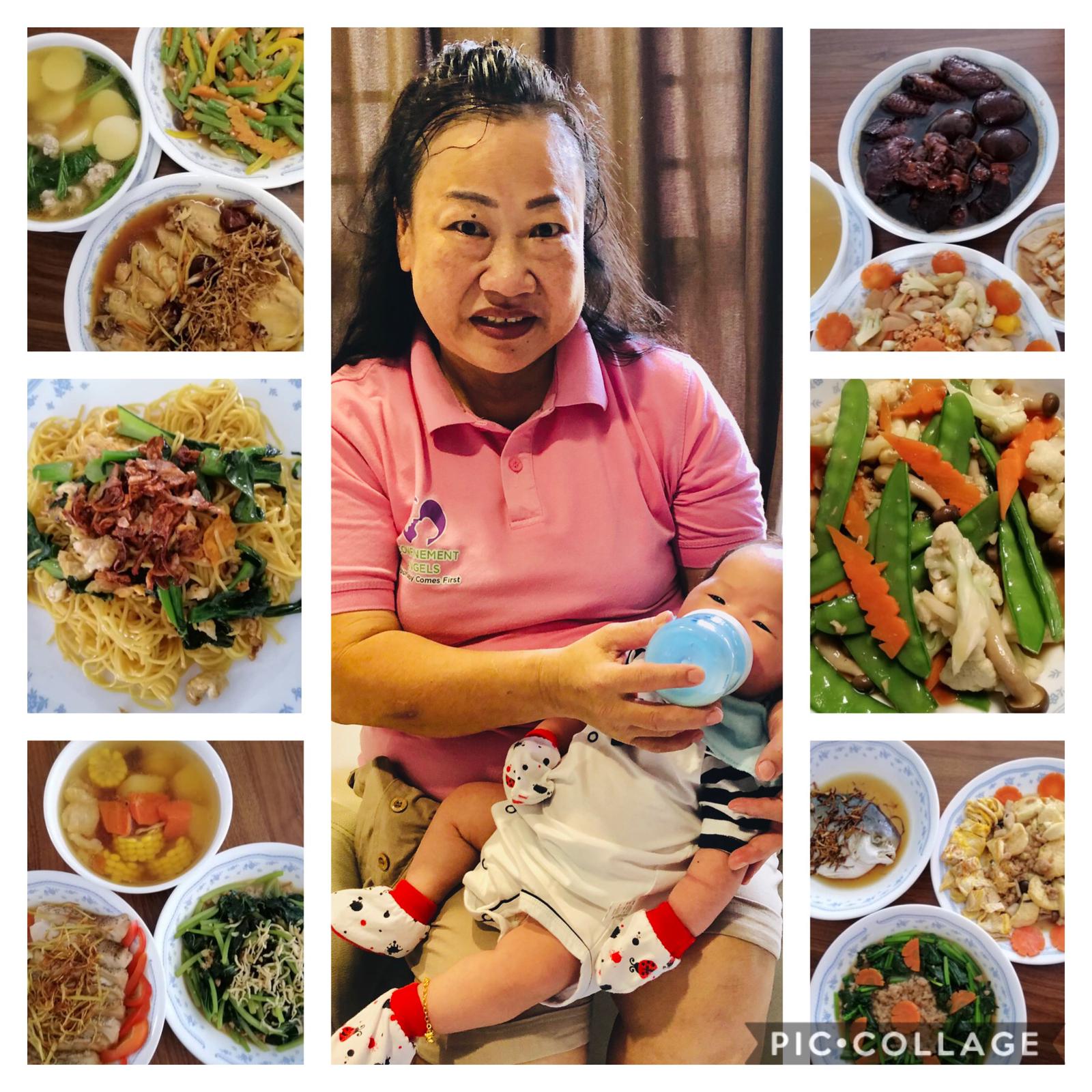 Most people tend to avoid and disapprove of garlic during confinement due to its strong flavour. They also believe that its antibacterial and sterilization effects will affect postpartum health. However, we should not forget that garlic also has beneficial properties such as reducing high blood pressure. Again, moderation is key.

Some unsuitable vegetables to avoid in confinement food are cabbage, Chinese cabbage and radish. Do note that a high intake of salt can cause oedema, also known as water retention.

Taking a shower during the confinement period has been a topic of debate over the years. Many believe that doing so will cause mothers to catch a cold and fever easily. However, it would be unrealistic to expect mums to go an entire month without bathing.

Our nannies will typically advise all mums to switch off the air-conditioner and fan as well as to shut the window or door before taking a bath. We will also arrange a small chair in the bathroom to ensure the mummy’s safety and comfort. Of course, we encourage all mothers to bathe using only warm water and, if needed, herbs too.

Just like taking a shower, similar controversy surrounds the washing of hair. Our nannies will cook some herb water according to the mother’s requirement. Mums can also buy some shampoo powder to clean up their hair to ensure proper hygiene during their confinement. 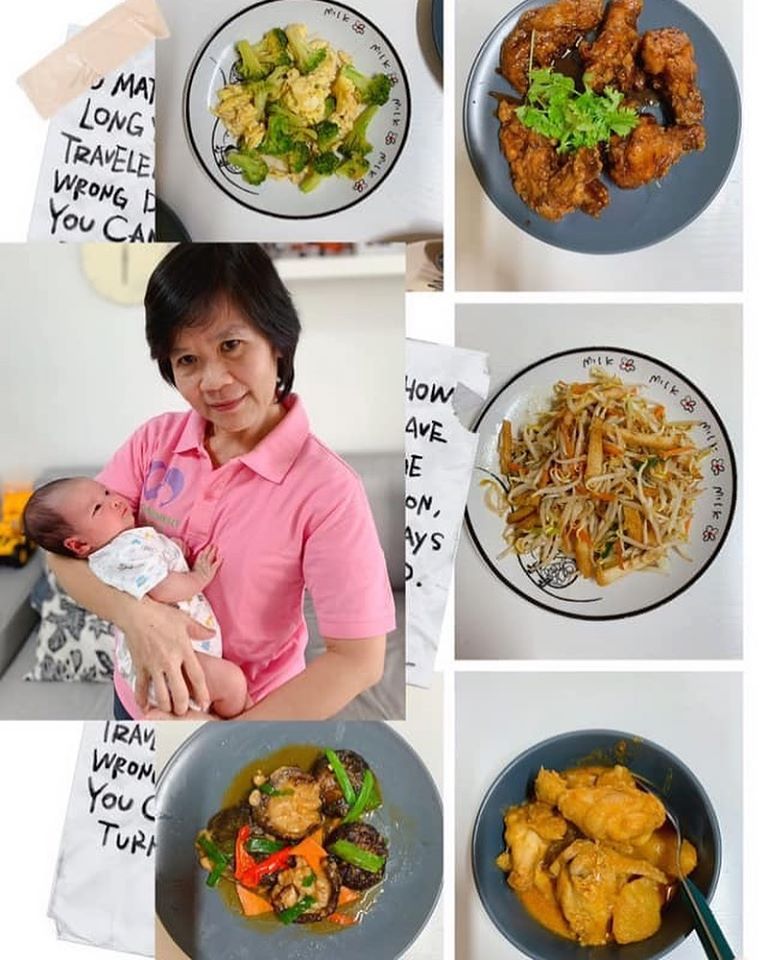 A good balance of nutrients, proper hygiene and maintaining a daily routine are equally important for the optimal health of both mum and child.

Good hygiene will allow you to protect each other from viruses. Meanwhile, a nourishing diet keeps the mother in good health and ensures that her baby is getting enough nutrition from breast milk. Last but not least, keeping to a regular daily routine ensures normal work and rest without disrupting the pace of the new family member.

Friction between old and new

Some families are known to be very strict and traditional. They prefer to use a lot of ginger and wine during the confinement period, as well as believe in drinking more red dates tea but less plain water. They also insist on no bathing throughout the 28 days, opting for the wiping of bodies to replace showers instead.

In some situations, this is because of parents-in-law controlling the confinement process and wanting to enforce their olden beliefs. For example, they forbid the postpartum mum from washing her hair, using tap water to wash her hands, or even from eating fruits and vegetables.

Unfortunately, all these might backfire and cause the mother to become sick instead.

Both traditional and modern confinement have their perks. Ultimately, it boils down to one’s preferences and beliefs. What works for one mother might not work for another. For a smooth confinement journey, always make your expectations and wishes known to your family and nanny beforehand so that they can advise you accordingly. When in doubt, do not hesitate to speak up, ask or do your own research.

We wish you a happy confinement!

Use promo code ArticleCA to take $88 off our confinement nanny service package and receive a free complimentary newborn baby photo session worth $188 and a baby massage session!

T&Cs: Offer is not applicable with any other ongoing promotions, offers, vouchers or privileges unless otherwise stated 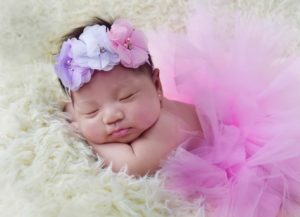 Do I need a confinement nanny?

Congrats, you and your wife are expecting a baby! Now what? Even though your spouse is the one carrying the baby, you have an important part to play as well.

7 things you can do for your pregnant wife

Congrats, you and your wife are expecting a baby! Now what? Even though your spouse is the one carrying the baby, you have an important part to play as well.

5 ways to help your wife have a smooth pregnancy

Congratulations, you are going to be a dad! Now what? Many men find the pregnancy process nerve-wracking and are unsure of how to contribute, but here are five ways you can begin.

What can my confinement nanny help me with?

Welcoming a baby is a significant milestone and huge life event. It is crucial to know what the responsibilities of a confinement lady entail and how she will enhance your life.

Do you know that confinement beliefs and practices vary according to culture and region? Don’t be surprised by some of these!

Struggling to breastfeed? Here are 3 tips to help you clear blocked milk ducts

Breastfeeding is a beautiful experience, but it can also be a journey fraught with challenges. Common issues encountered by breastfeeding mothers are a lack of milk supply, sore nipples, your baby refusing to latch and more.